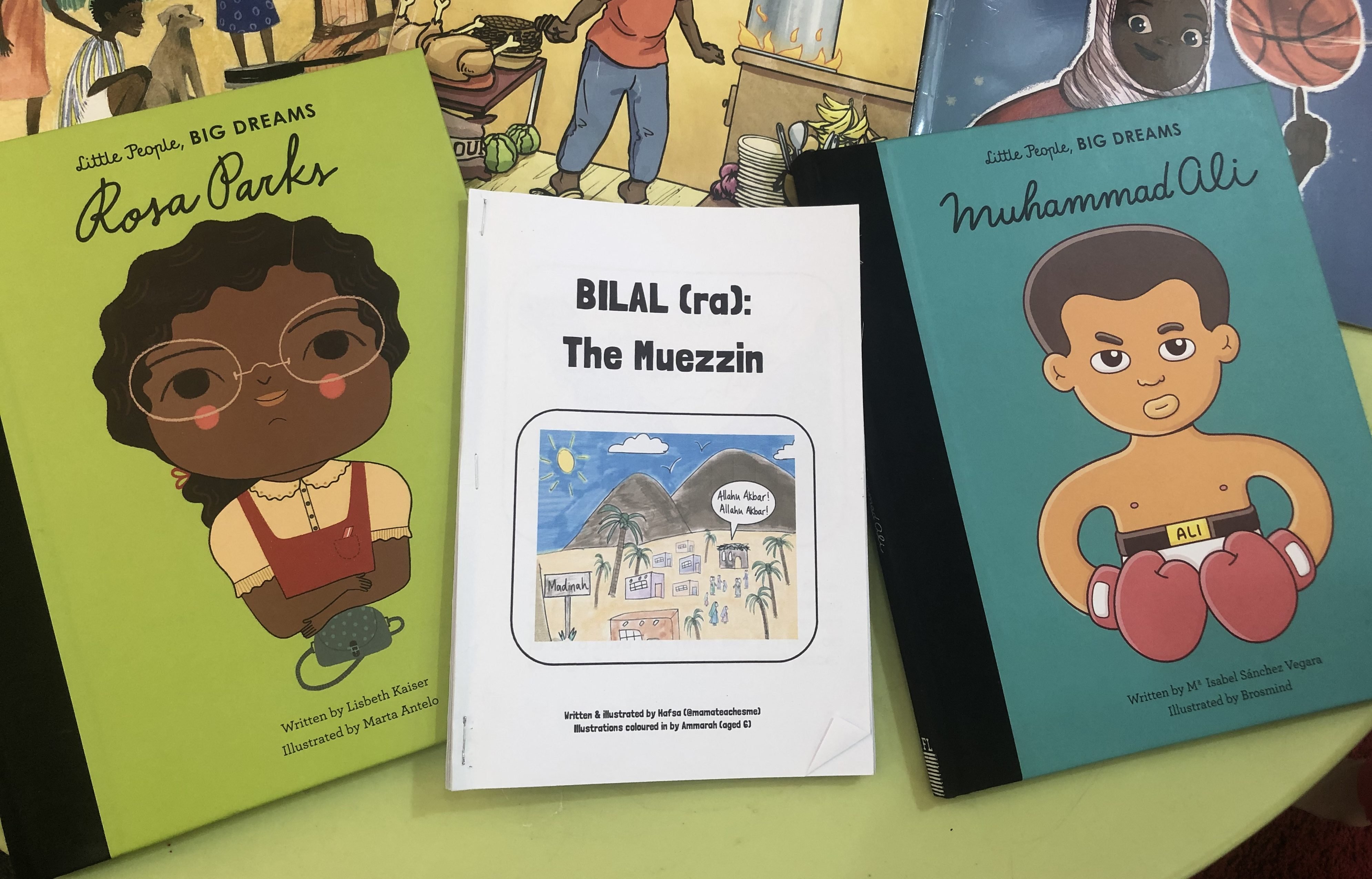 A dedicated month – October – celebrating and teaching the achievements of Black people in History and current times. This was something that we always highlighted and shed light on at school. I found it just as important to teach it in our homeschool too! It’s also a good way to tie in religion and the importance of God making everyone equal. There are numerous verses from the Quran and sayings (hadith) of Prophet Muhammad (pbuh) that reflect this. We decided to also focus on Black Muslims in History too including some of the people around the Prophet Muhammad (pbuh). As my girls are still so young (ages 6 and 4) we limited the number of people we focussed on to 4 this year, and hope to expand our learning each year by looking at a wider range of prominent Black people in history in the coming years.

As I feel so passionate about teaching this to my children I also searched far and wide for the best resources or teaching aids. I found some books and videos, but decided to make my own too. You can now buy our FULL Black History Month BUNDLE  covering stories, resources and posters from the following Black figures in history to teach Black History month at home to your children too! 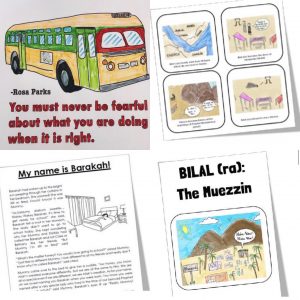 “Barakah Umm Ayman (from Abyssinia) was the young servant of Abdullah (ra) the son of ‘Abd al-Muttalib when he got married to Aminah (ra). Barakah took care of the duties inside the house…

She stayed by Aminah’s side (ra) who gave birth to a baby boy named Muhammad (pbuh). Barakah (ra) was the first to hold him…

*These snippets are from the short story I created.

More about Barakah’s life and her role in the life of Prophet Muhammad (pbuh) can be found in our resource – My Name is Barakah! aimed at independent readers. 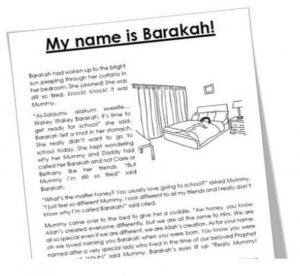 Bilal (ra) is a well-known black companion of the Prophet (pbuh) – of course not the only one. He was the first Muezzin (caller to prayer) for the Muslims in Madinah. His story shows resistance, strong faith and firm belief in Allah. To show this to my girls, I created a printable resource – story booklet and story sequence cards – to narrate the story and discuss the key concepts within it. A big shout out to my 6 year old Ammarah for helping me to colour in all the illustrations! You can buy the bundle here.

We also watched the film Bilal: A new breed of Hero (last year on the airplane actually) and loved the narrative. Here’s a snippet from the website:

“A thousand years ago, a boy with a dream of becoming a great warrior is abducted with his sister & taken to a land far away from home. Bilal and Ghufaira find themselves bound to the ruthless whims of the most powerful man in the city, Umayya. Thrown into a world where greed & injustice rule all, Bilal will soon learn he must choose his own fate & find the courage to raise his voice. Bilal will challenge everything.”

I’m still not sure where it’s available to view online – if anyone knows, leave a comment!

This year the girls were introduced to Rosa Parks with the fab book – Little People Big dreams and they absolutely love her! The story narrates the life of Rosa Parks and her resistance in America by refusing to get up from her seat on a bus which led to change in law a year later! We re-enacted the bus scene and discussed if things were fair for Black people in the olden times in America. We talked a lot about equality, what civil rights and racism meant. We also coloured in and decorated quotes from Rosa Parks to hang on our motivation wall! You can purchase them here.

We also introduced Muhammad Ali – the Boxer! Again the girls adored the book by little people big dreams (gifted to us by a lovely homeed mama). They loved his story, how he worked so hard when he was little and then became the greatest champion boxer! We then discussed how Muhammad Ali refused to go to fight in a war and later became a Muslim. We looked at the timeline and dates, and Ammarah realised she was only 3 years old when Muhammad Ali passed away. They later coloured in and decorated some of his motivational quotes which they loved, to add to our motivation wall! You can purchase them here. 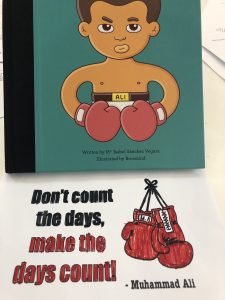 Next year the girls have already decided they want to look at Maya Angelou, Malcolm X – I’m going to add Barak Obama and Prophet Muhammad’s (pbuh) companion Julaybib (ra). You can find more on some of the Black Muslims at the time of Prophet Muhammad (pbuh) here. 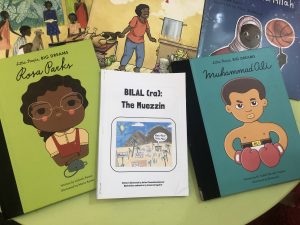